Get your tickets now for the $250,000 to WIN Huset's High Bank Nationals! The highest paying race in World of Outlaw History!! 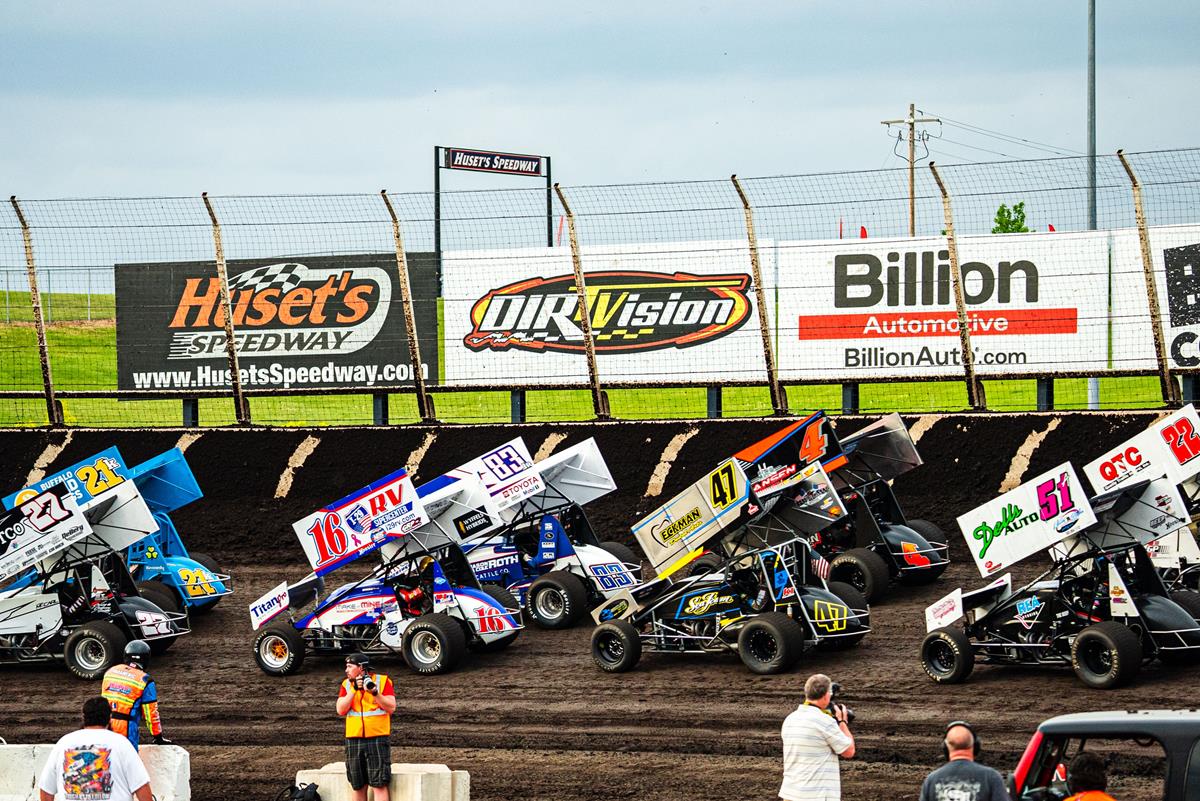 A total of 32 different drivers garnered at least one trip into the Winner’s Circle as the track welcomed several marquee series in addition to the tightly contested weekly program to the tune of 49 main events.

Tatnell became the first-ever Australian champion by winning the Casey’s 410 Sprint Cars presented by Big Frig title by a mere three points over 2021 track champion Justin Henderson. Austin McCarl ended only 12 points out of the top spot with Matt Juhl 20 points behind Tatnell and Kaleb Johnson 31 points back.

Olivier enjoyed the largest margin of victory in the championship chase as he won the Nordstrom’s Automotive Late Model Street Stocks title by 22 points. Matt Steuerwald placed second with Tim Dann (27 points behind Olivier), Colby Klaassen (30 points out of the lead) and 2021 champion Cory Yeigh (61 points back) finishing third through fifth.

The championship drivers will be celebrated at the season banquet, which is scheduled for Nov. 19 at the Royal River Casino & Hotel in Flandreau, S.D. The banquet is open to the public.