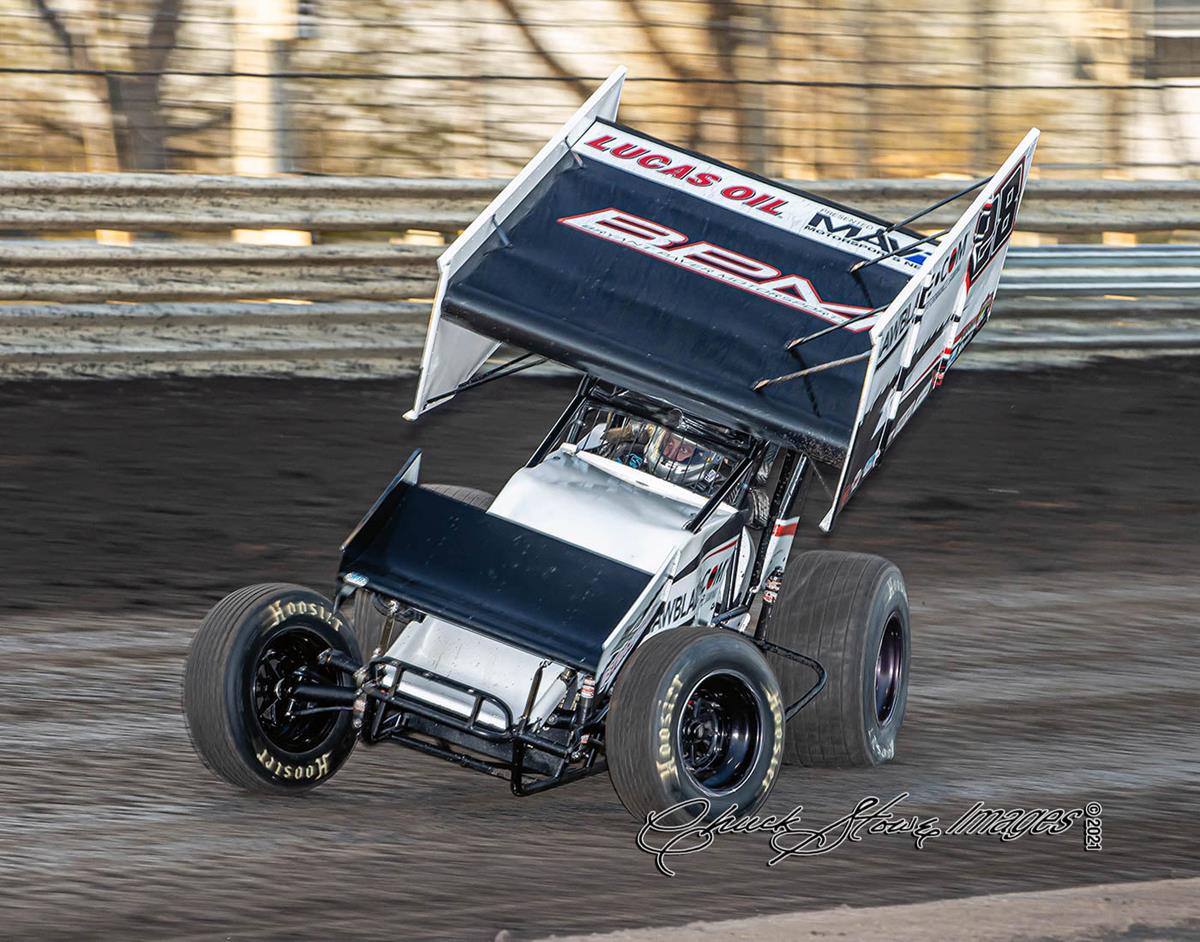 Inside Line Promotions – BRANDON, S.D. (Sept. 9, 2021) – Scott Bogucki improved his feature result during each night of the C & B Operations Power Series Nationals.

The SawBlade.com sponsored driver recorded a top-10 run out of more than 45 drivers last Saturday at Jackson Motorplex in Jackson, Minn., as well as Sunday and Monday at Huset’s Speedway.

“There were a lot of a great drivers there so it was good to be as competitive as we were,” he said.

Bogucki began the action with the Midwest Power Series and Midwest Sprint Touring Series last Saturday at Jackson Motorplex, where he qualified second quickest in his group and advanced from fourth to third place in a heat race. He lined up on the inside of the second row in the main event, but battled a tight race car and faded to eighth.

“We weren’t very good at Jackson because we got it way too tight,” he said. “I was pretty frustrated with that night.”

Bogucki took a step forward on Sunday at Huset’s Speedway, where he timed in third quickest in his group. A fourth-place result in a heat race locked him into the 16th starting position in the main event.

“At Huset’s we were really good to be honest,” he said. “The first night we were buried in the feature and ran almost to sixth.

“The second night we should have ran second. We got racing (Justin) Henderson pretty good. I needed more gear to be honest. I slipped off the bottom one time on a restart when I was third and that cost me.”

Bogucki charged from 16th to seventh in the feature on Sunday before he capped the weekend with a fifth-place showing on Monday.

Next up is a pair of Lucas Oil ASCS National Tour races this Friday and Saturday at I-80 Speedway in Greenwood, Neb., for the Bobby Parker Memorial and the Casey’s Midwest Fall Brawl.

“I think I ran fourth there last year with the ASCS National Tour,” Bogucki said. “We were really, really good racing with Sam (Hafertepe Jr.) and Roger (Crockett) so I’m looking forward to returning there this weekend.”

Friday and Saturday at I-80 Speedway in Greenwood, Neb., for the Bobby Parker Memorial and the Casey’s Midwest Fall Brawl with the Lucas Oil ASCS National Tour

SawBlade.com, which is located in Houston, Texas, is redefining the way industrial, hardware and home use band saw blades are made and distributed. For more information, visit http://www.SawBlade.com. Additionally, SawBlade.com is the official saw blade of the American Sprint Car Series and the title sponsor of every ASCS National Tour main event as well as the Victory Lane sponsor.

“Everyone at SawBlade.com has been very supportive,” Bogucki said. “They have stuck with me as we’ve continued to build our race team and develop into a consistent contender. I appreciate their loyalty and support.”