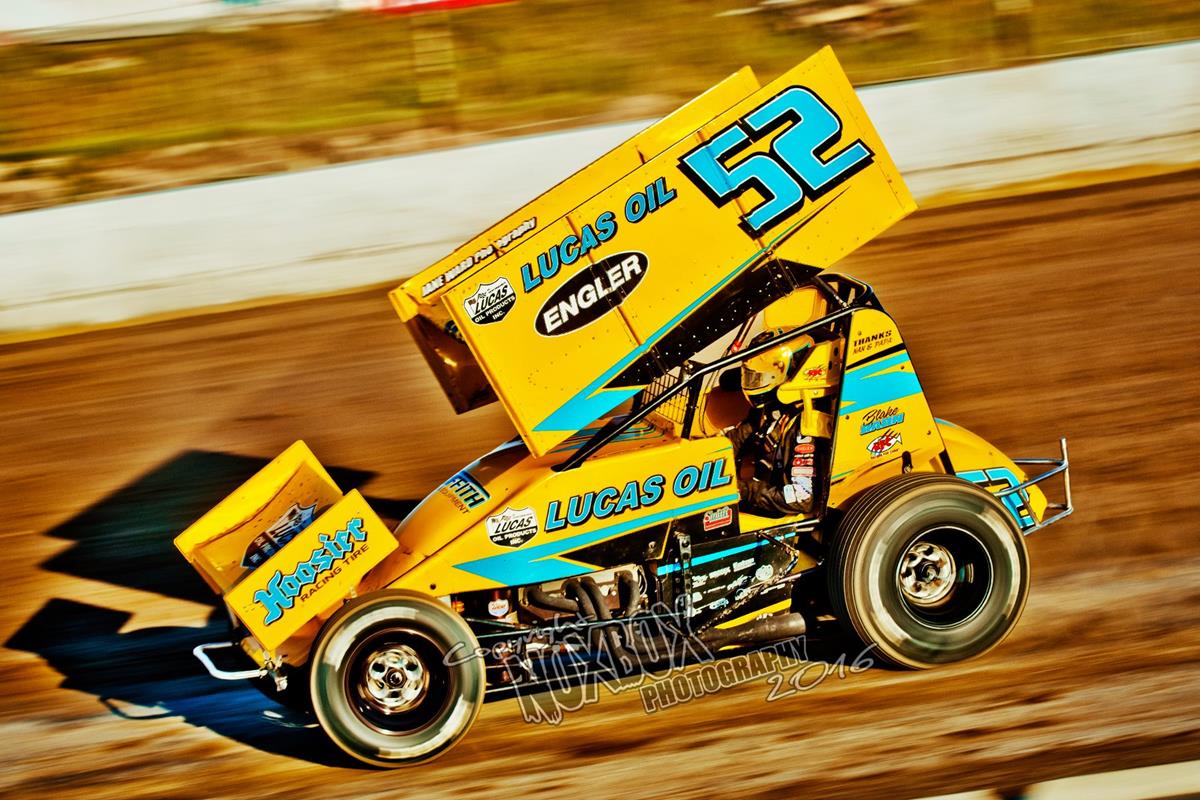 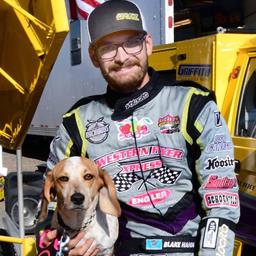 SAPULPA, Okla. (July 26, 2016) Continuing the run back towards the Midwest, Blake Hahn took on events at both ends of South Dakota this past weekend in the Lucas Oil / JR1 No. 52 with a pair of nights at the Black Hills Speedway in Rapid City, S.D. on Friday and Saturday, followed by a last minute trek to Brandon, S.D. to check out Badlands Motor Speedway on Sunday.

Hahn’s third visit to the Black Hills Speedway, Friday’s run at the half-mile ended with a 12th place performance.

“Friday, we won our Heat and that put us in the redraw where we drew the No. 7. At the start of the race, we were able to run pretty much anywhere, but the track started to narrow up on the bottom and that made passing tough,” said Hahn. “We were running up in the top-ten, and on one of the restarts, one of the slower cars in the lineup got out of shape and I had to stab the brakes and when I did, we lost a few spots and came out 12th. Not what we wanted, but it was better than crashing.”

Returning Saturday with another Heat Race win, Hahn again made the redraw for the final of the “Rushmore Rumble” with a run from seventh.

“I was a little worried starting on the last row of the Heat, just because the track is so big, you can run out of time to make anything happen in a hurry, but it worked out where we actually got to the lead there on the last lap. The second day of the show, there’s only four drivers that make the redraw so the Heat was really important.”

Drawing the eighth starting spot, Hahn hugged the bottom of the track to hold onto his running position.

“With the heat and the wind, you knew the track was going to take rubber so we had the car free to be able to roll the corners. The biggest thing was just having to get around lapped traffic without messing up and not using up your tires,” explained Blake.

With Sunday open for competition, and Badlands Speedway in the lineup for a $10,000 to win show on Sunday, July 31, the team opted to make the drive to the opposite side of the state as Blake had never seen the facility as a driver.

Posting a solid run through his Heat Race, Hahn was setback a little as the car came up light on the scales, putting the No. 52 deep in the night’s B-Main.

“The weight rule is 1,500lbs, where ASCS is 1,475lbs but even then, our car never comes across lighter that 1,500lbs so when they told me I was three pounds light, I was kind of shocked, but it’s not their fault. We should have checked before we went out.”

Gridding the B-Main 10th, luck was in the cards for Hahn as the white flag flew with the No. 52 outside the top-four. Rounding the final turn, cars in front of Hahn tangled, allowing Blake to advance from seventh to fourth in the final feet.

“That was a lucky deal where I was able to transfer, and I didn’t get crashed because I had every chance too,” said Hahn who was now starting 24th in the A-Main. “My biggest goal was to get laps and learn the track. That place really reminds me of how you race Micros at Port City where the corners are banked, but the straights are flat so you really have to time your passes. In the feature, the car was a little free, but we were still able to pass cars. One and two stayed really wide, but three and four started to take rubber so to make the show and pass 10 cars in our first visit, I was happy.”

The Hahn Racing team would like to extend a special thanks to Jeremy McCune for his hospitality with the team’s stay in Montana and allowing the use of his Shop to work on the car. Up next for Blake will be Park Jefferson International Speedway on Thursday, July 28 with the return to Badlands Motor Speedway on Sunday, July 31. Races between the two dates are still pending.

To keep up on everything happening with Blake Hahn Racing, fans can follow the Oklahoma racer at http://www.blakehahnracing.com.